A Vacuum of Authority, An Inconsistent Spirituality 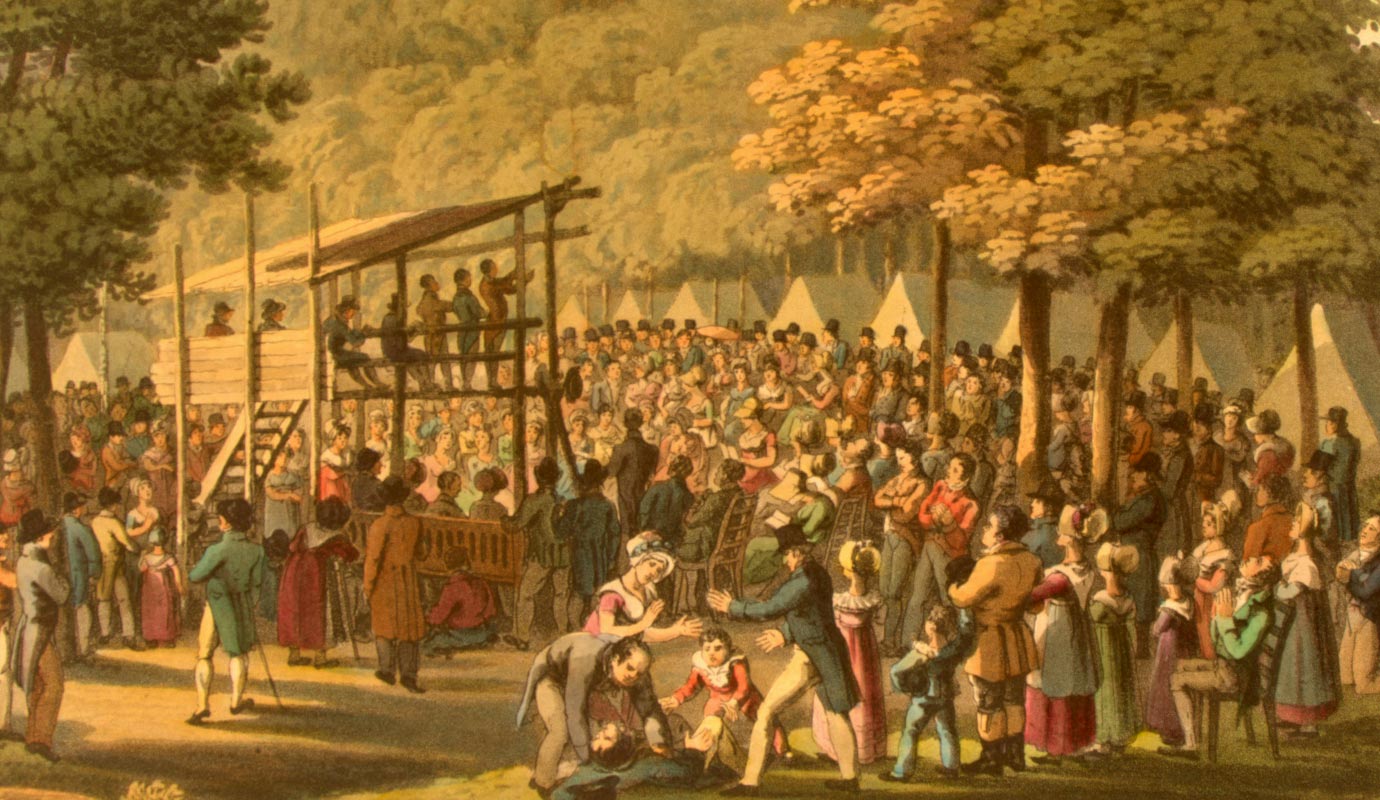 Suffer me a brief history lesson. North American evangelicalism can be traced through three waves of revivalist development.

Wave 1: Jonathan Edwards + George Whitefield + the Tennent Bros – mid-eighteenth century. This Calvinistic revival laid the groundwork for the other waves to come, perhaps most convincingly through the preaching of George Whitefield. Whitefield’s remarkable charisma, energy, and itinerancy were powerful forces in shaping this revival. The theme here is that Whitefield’s credentials didn’t derive so much from his formal training, ordination, or service to a local congregation but from his personality and the wake of revivalist response left in his path.

Wave 2: Charles Grandison Finney + Barton Stone + Alexander Campbell – mid-nineteenth century. Here is where the evangelicalism we inhabit today really cut its teeth. Finney developed what are called the “new measures” which fundamentally viewed conversion as natural and philosophical as opposed to supernatural and appointed. These new measures are familiar to us; extemporaneous preaching, altar calls, colloquial prayers, the anxious bench, etc… Additionally the new measures  were employed in extra-ecclesial camp meetings by charismatic preachers who could draw a crowd and literally manufacture conversions.

Wave 3: Billy Graham + Neo-Evangelicals – mid-twentieth century. Putting final shape to the evangelicalism we are apart of was this final wave of revivalistic fervor. If charisma of the preacher and the new measures of the first two waves of revivalism are put together, refined, and promoted by the emerging mass media, a powerful cocktail is formed. Neo-evangelicalism climbed into national prominence through the promotion of these leaders with new measures in hand and could not only fill camp meetings and large tents, but whole stadiums and millions beyond that with radio and television. The bed mates of mass media and the charismatic preacher became the hallmarks of a movement, now only exacerbated by the emergence of not just mass media but the new media (internet, blogs, social networking, YouTube etc…).

A few final closing comments, because this post isn’t really about the history of evangelicalism but about its vacuum of authority: evangelicalism has from its earliest waves in the American landscape been vaguely and informally attached to the institution of the church and is intoxicated with its leaders, their measures, and the platforms created for them by the media. The local church has a divinely ordained authority structure of elders and deacons, but evangelicalism doesn’t. Evangelicalism’s lack of a formal structure of authority has made it a vacuum waiting to be filled.  This reality has created a mixed bag for evangelicals who have a spectrum of voices ranging from Rob Bell to D.A. Carson, from Brian McLaren to J.I. Packer, from Mark Driscoll to Eugene Peterson. It contains within it such organizations as Campus Crusade, InterVarsity, the Gospel Coalition, Emergent Village, the Willow Creek Association, Purpose Driven, etc… It’s no wonder then that evangelical spirituality mirrors this mixed bag of authority, we are profoundly confused about who to listen to. Evangelical history created the context for this confusion; Roman Catholics listen to the Pope, Eastern Orthodox listen to their Patriarch, Confessional Protestants listen to their confessions and creeds. For better or worse these traditions tend to have a consistent spirituality while evangelicals can’t seem to decide between forging a new monasticism or attending a mega-church (or both)!