The Sandlot and Vicarious Atonement 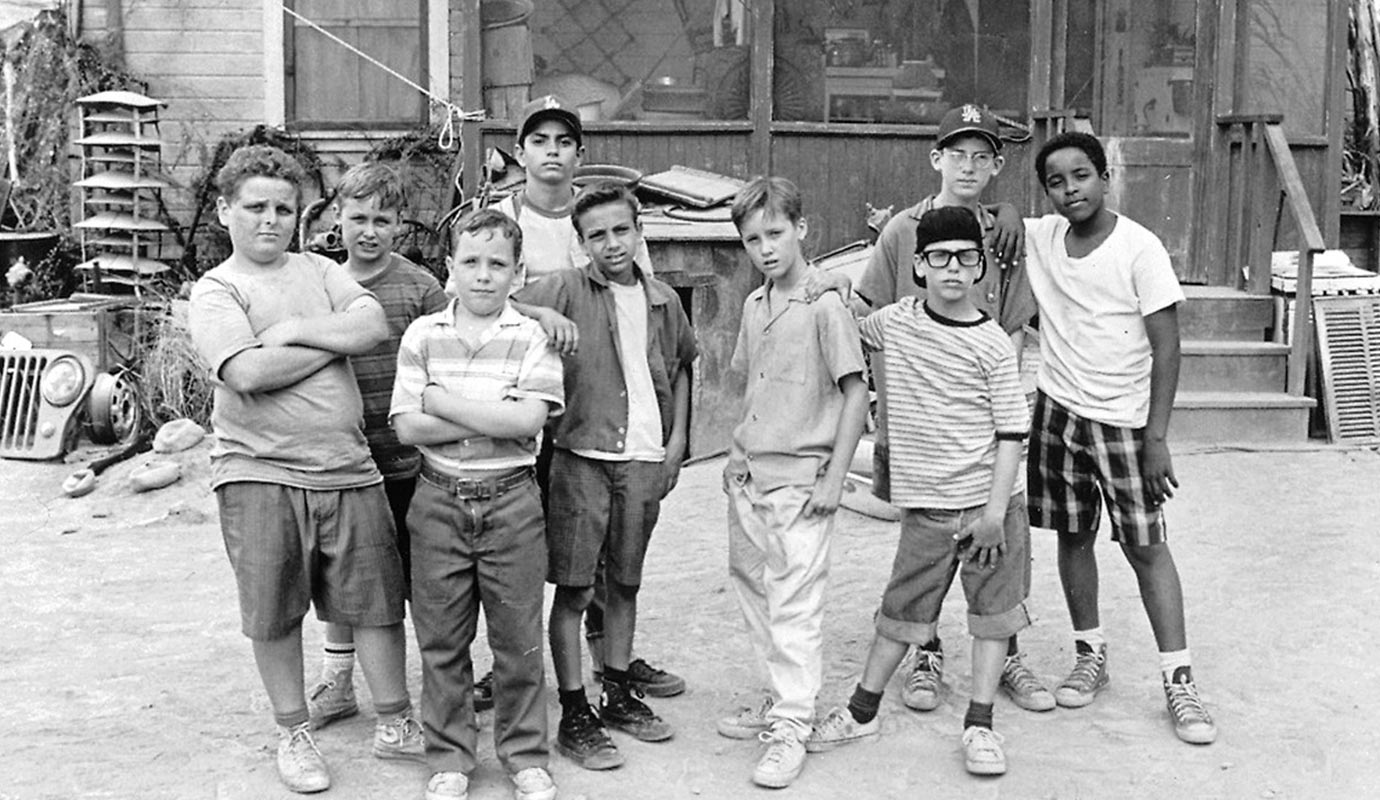 This weekend I was on a mini-vacation (about which I will be posting later), and before we put our boys to sleep one night The Sandlot came on, which of course was to my great pleasure. It was one of many, Lord willing, initiatory rites my boys will experience with me on their way to full manhood. Watching it moved me differently this time though. It didn’t appeal to my sense of nostalgia, nor my love of baseball, nor simply the boy that still lives on within me. This time I heard the strange appeal of grace.

To cut to the chase – Smalls, in a time of need, steals his step-fathers Babe Ruth autographed baseball to carry on their seemingly innocent game at the sandlot. Smalls, in a twist of Edenic folly, knowing that taking his step-fathers ball is wrong but hopelessly unaware of the gravity of his wrong , runs back to the game a hero who keeps the game going. The game commences with Smalls stepping to the plate, a boy who has never shown any keenness for the game of baseball suddenly has a prodigious swing of the bat, hammering the Babe Ruth ball over the fence and into the clutches of the mythic beast-dog Hercules. The prodigious swing is also the swing of terror as a tremor of guilt and fear wash through Smalls body. So begins Smalls anxious pursuit of self-atonment, relentlessly attempting a way to undo his bad deeds through convoluted and inventive techniques to restore his once held innocence.

Smalls typifies the old man, the first Adam, anxiously scheming to atone for himself through convoluted and inventive techniques. For Smalls these techniques manifest themselves as extensive Rube Goldberg contraptions used to retrieve the talisman of innocence from the clutches of the mythic beast who frustrates all their attempts; for Adam they are the complex and extensive array of religious, economic, and cultural apparatus which are used to retrieve our lost innocence from the clutches of mythic law that seems to level all our attempts at self-justification.

In a final attempt to undo Smalls dirty deed, Rodriguez decides to face the mythic evil himself, functioning as a sort of mediator who does for Smalls what Smalls cannot do for himself, namely face the beast-dog and overcome him. Though Rodriguez, now crowned with glory as “the Jet,” has achieved victory and subdued the accusations of the beast-dog, the dog must be returned to its owner, Mr. Mertle. And of course the owner is played by James Earl Jones, whose voice is hauntingly kind. He inquires about all that has happened, asks why they didn’t just come to him in the first place instead of going through their complex attempts at self-atonement. He takes the Babe Ruth ball, now marred beyond repair and invites Rodriguez and Smalls in to his home. Though the home doesn’t look like much from the outside, the inside is a paradise of baseball glory. Blindly but knowingly reaching into one of his cases he pulls out another autographed baseball, this one signed by not just Babe Ruth but all the other members of the legendary ’27 Yankees. He offers an exchange, the ruined ball for the ball of legend with one qualification: they must come visit weekly and talk baseball with him.

This is the exchange offered us, our marred soul beyond repair for a new soul that surpasses the former in greatness and glory. A soul of legend.  Smalls makes the exchange, the ruined ball for the legendary ball in an act which theologians call “the double imputation.” Paul said it this way, “God made him who knew no sin to become sin for us so that in him we might become the righteousness of God.” The new soul we are given in exchange is not given for the sake of itself, but rather for the sake of relationship. We are invited weekly too, into a home that seems run down to the uninitiated eye, but for those who know can enter into the paradise and commune with its Caretaker and Owner. And that mythic beast that stood in accusation over us, which we call the law, now becomes a kindly friend – no longer a threat but a companion, an extension of the owner’s kindness to and presence with us.